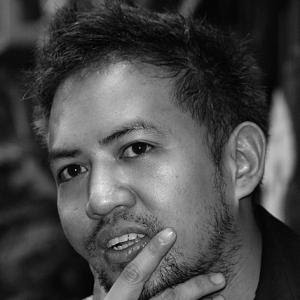 Khavn de la Cruz is a very outspoken, experimental film maker with an unstoppable desire to explore and cross boundaries. Considered as the father of Philippine digital filmmaking, he is the most productive film maker in the Philippines and probably also far beyond. He has made 28 features and more than a 100 short films, most of which have received prizes, given retrospectives, and presented in international film festivals. Among his films, one can quote Squatterpunk, The Family That Eats Soil, Vampire of Quezon City and Son of God. He explains his art and motivation in this interview.
INTERVIEW EN FRANÇAIS ICI. 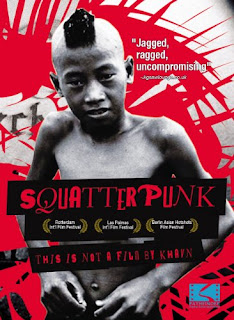 When did you first encounter cinema ? What films did you watch when you were young ?
I remember watching Victory (a John Houston film) with my dad. It’s a football war film. Stallone and Pele versus Nazis. Also some Disney flick in a cinema that is now a church. I also grew up renting Betamax and VHS tapes at our neighborhood video stores. I watched a lot of B-movies.

Did you go to a cinema school or are you an autodidact ?

My first course was Computer Science. Then, I shifted to Development Studies aka Third World Economics, then I shifted to Interdisciplinary Studies, majoring in Literature and Film. Officially, I had two film subjects: film production and screenwriting. I made two short films in my last year of college. Both are gone, thanks to overdubbing. After college, I just kept making films.

You only shot in DV. Is this only an economic choice or is there an aesthetic choice ? Do you refuse to shoot in 16mm or 35mm ?

It's both. It’s cheaper, sure, but i also think format is secondary. As for refusing to shoot in certain formats, not really. It's not the gun, it's the shooter. I made a short film in 16mm in 1997/1998, called Amen, A Brown Comedy.

What is the concept of "this is not a film" ? Your work doesn't seem "films" to you ?

What is film? That is the question. Taken literally, yes, it's not a film because digital is not film. Conceptually, the idea of “this is not a film” is a variation of Magritte's surrealist joke. It also borrows from the Dogme95's Vow of Chastity — the 10th vow to be precise : The director must not be credited. Interestingly, two other people share the same perspective. Spike Lee considers his cast and crew as filmmakers, negating the belief that only the director is the filmmaker. Then, there's St. Francis of Assisi who says we are all instruments, channels, messengers. Our works are not ours. Amen. 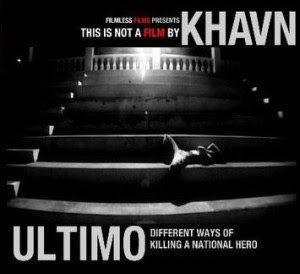 It's inevitable. It's in the recipe, it's something in the water, definitely : being raised in a Catholic country, studying in a Jesuit school. It’s a violent world where religion waits in ambush on every corner. I see this. I film this.

Is this difficult to broacast your film in Philippines as an independent filmmaker ? What is the reaction of the audience ?

Yes, it's not easy. TV channels show films that they produced. Hollywood has taken over cinemas. Every now and then, some of my films are aired on TV. When I'm not too lazy or tired, I show my films in bars, cinema, galleries. Audience reaction varies — just like in any film, but maybe a little more extreme. Some people dig it to death. Some people don’t get it. Some people don’t care. It depends on the film.

Can we find your films on DVD ?

Some of them are in Amazon. 28 are now available in khavndelacruz.org.
Publié par tomblands à 20:52